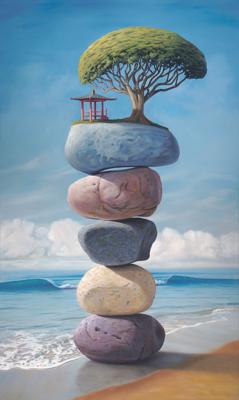 I have told you many negative things about Krishna Consciousness and I am sorry to say there is more to come. So you may wonder why I would stay so many years. But Krishna Consciousness has another side, an extremely joyful side, and this is the reason I remained involved so long. Do you recall the outburst of uncontrollable laughter that I described during my first visit to the temple? It was a feeling of tremendous joy and freedom and one that I will never forget. I was immediately attracted to that feeling. And so I wanted more of it. I had experienced what can only be described as a “taste.” I am sure the word taste must seem odd, but it is rooted in one branch of philosophy known as aesthetics. Taken directly from the dictionary aesthetics is “the branch of philosophy dealing with beauty and taste.” It is a translation of the Sanskrit word rasa. Krishna Consciousness is full of rasa, but at a price.